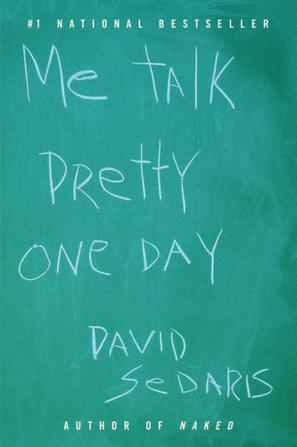 Me Talk Pretty One Day

A recent transplant to Paris, humorist David Sedaris, bestselling author of "Naked", presents a collection of his strongest work yet, including the title story about his hilarious attempt to learn French. A number one national bestseller now in paperback.

David Sedaris made his comic debut recounting his strange-but-true experiences of his job as a Macy’s elf clad in green tights, reading his “SantaLand Diaries” on National Public Radio’s Morning Edition. His sardonic wit and incisive social critique have since made him one of America’s pre-eminent humor writers. The great skill with which Sedaris slices through cultural euphemisms and political correctness proves that he is a master of satire and one of the most observant writers addressing the human condition today.